Back on home soil, Matt takes Valerie to the current (for now) home of the PTCs in Gloucester to participate in one of the great hopes for amateurs in the UK these days - catching up with old baize friends and new internet friends, while trying some Canadian grinding on the best tables in the world.

Posted by BayleyontheBaize at 11:12 No comments:

Episode 11: From Top to Bottom

In two bars and a bus, in May and September, Matt talks about hanging out with the late Paul Hunter, watches his hero Ronnie win the Worlds and discusses with Valerie the new Canadian face on the global snooker scene...who hasn't yet shown his face.

Posted by BayleyontheBaize at 12:37 No comments:

With all the crap summer weather on both sides of the pond, we go back to February and a tournament in the frozen North(ish) with some very warm people. With a cameo by 1990 British Open champ Bob Chaperon.

It's worth noting that for more than a few years, this tournament has been dedicated to the memory of Gabe Tarini, who was a very important part of the snooker community in that region, and helped make it what so impresses us today.

Here's Chaperon after winning the 1990 British Open, along with the man he defeated: Alex Higgins. Yes, Bob's hair has improved since then.

Posted by BayleyontheBaize at 14:53 No comments:

Matt and Valerie brave the wilds of suburbia to join renowned cuesports tv commentator and player Jim Wych, who's bringing a positive energy back to Canadian snooker with his weekly 6-red tournament. With cameos by former Canadian champ Eddie Galati and pool goddess Grace Nakamura.

In case you haven't heard, since we're also a bit tired of our stuff not being up-to-date, we now have a Tumblr blog called Baizeality. It's been updated pretty much every day so far (don't count on that forever) with all kinds of snooker stuff: like a classic Alex Higgins video, audio of Matt explaining the Championship League format, photos of Judd Trump sleeping on a table and Jamie Jones swinging his cue at Martin Gould, a blog comment from a players union rep telling folks to lay off Joe Jogia, and a tweet from Stephen Lee about his Sky Shoot-Out hangover. And much more! (Okay, not a lot more - it's only been a week.) We should also have upcoming Bayley On the Baize episodes linked there too...if we can figure out how to do that. So follow us on Tumblr, or subscribe to our RSS feed in your favorite feed reader. Then hang on tight!
Posted by BayleyontheBaize at 20:53 No comments:

At the time of the UK Championships, Matt and Valerie discuss what's "naughty" and what's just arrogant, along with reviewing some issues raised in the World Snooker season of changes so far.

Trump vs. Allen: Frame 18 @ YouTube (other frames available from same channel)
Ronnie O'Sullivan: points vs. money via BBC Sport
Mark Allen's grievances at the UKs via The Guardian

Stephen Hendry on the state of snooker during the UKs on BBC:

Posted by BayleyontheBaize at 11:11 No comments:

It's been a while since the 2011 World Seniors Snooker Championship, but regardless Matt and Valerie cheer on the "fastest of the slow players," Cliff Thorburn: a Canadian player so famous, even Valerie had heard of him before meeting Matt. Meanwhile, another legend helps solve the mystery of Matt's missing cue.

Posted by BayleyontheBaize at 18:23 No comments: 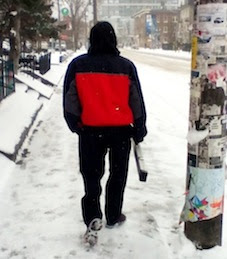 In case you're asking, "What is snooker?"